How can we truly know God 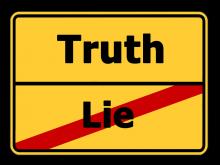 12 ‘I have much more to say to you, more than you can now bear. 13 But when he, the Spirit of truth, comes, he will guide you into all the truth. He will not speak on his own; he will speak only what he hears, and he will tell you what is yet to come. 14 He will glorify me because it is from me that he will receive what he will make known to you. 15 All that belongs to the Father is mine. That is why I said the Spirit will receive from me what he will make known to you.’

Question: How can we truly know God?

Answer: Through the work of God's Spirit.

Just because we cannot know God exhaustively (we cannot know everything about him), it does not follow that we cannot know him truly (in the sense that what we do know is true). But we do need God to make himself known to us.

To understand how the Spirit reveals God, we have to start with Jesus.

The Word became flesh and made his dwelling among us. (John 1:14)

No one has ever seen God, but the one and only Son, who is himself God and is in the closest relationship with the Father, has made him known. (John 1:18)

Therefore we can know God. Jesus has made him known.

2. We know Jesus through his apostles

It's all well and good to say that we know God through Jesus. But that just pushes the question along one: How do we know Jesus?

The answer is that Jesus recruited 12 men to witness all that he said and did.

The early church recognised this special group. It was a matter of great solemnity to determine who should replace Judas. They knew their had to be 12, and the 12 had to be those the Lord had chosen.

Their job is to tell us about Jesus: "My prayer is not for them alone. I pray also for those who will believe in me through their message." (John 17:20)

… which brings us (at last) to the Spirit.

3. What the Spirit does do

The Spirit has other roles in making God known besides those reported in John 16:12-15. For example, these verses say nothing about the Spirit's role in illumination.

The Spirit meets a very specific need: The disciples' limitations at this point in time.

"I have much more to say to you, more than you can now bear." (John 16:12). Jesus has been with them only 3 years. Their heads were spinning by this point, something we can see throughout John's gospel as they struggle to piece together all they're seeing and hearing.

If they are to make Jesus known to others, this limitation is going to need to be overcome. That need will be met by the Spirit: "But when he, the Spirit of truth, comes, he will guide you into all the truth." (John 16:13).

Note that Jesus says "the truth". That definite article ("the") is important. The Spirit will guide them into everything Jesus wants to make known to them.

In short: The Spirit will ensure they come to the full understanding they need to tell us about Jesus.

4. What the Spirit does not do

"He will not speak on his own; he will speak only what he hears, and he will tell you what is yet to come. He will glorify me because it is from me that he will receive what he will make known to you." (John 16:13b-14)

One author has spoken of Jesus and the Spirit as being like God's two hands. God sent two missionaries into the world to make himself known - his Son, and his Spirit.

But this verse is clear that this is not the way it works. The Spirit does not go out on his own mission. He does not have his own things to say.

As the Spirit guides the apostles into all the truth, he will not add his own thoughts. He will simply take what the Father had revealed to the Son (so that the Son could make it known) and make it known. He overcomes the limitations in the disciples to understand at that time. There are no limitations in what Jesus wanted to reveal.

"In the past God spoke to our ancestors through the prophets at many times and in various ways, but in these last days he has spoken to us by his Son, whom he appointed heir of all things, and through whom also he made the universe." (Hebrews 1:1-2)

The Spirit has multiple jobs, but all he does (as touching making God known) is help God's plan to reveal himself through Jesus to work.

In these verses, we see him guiding the finite and frightened apostles into all the truth that Jesus had to say to them, but which they could not bear at that time.

Which means: When we read what they wrote about Jesus, we can be absolutely sure that they got it right, and that they left nothing out.

END_OF_DOCUMENT_TOKEN_TO_BE_REPLACED

One book, at random…
Prophecy of Isaiah (Paperback)
by:
Alec Motyer