As we forgive those 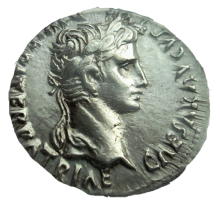 When I considered this last time, I looked at the astronomical size of the first debt, the one that was cancelled. Maybe I even underestimated it. The minimum wage in the UK is currently about £14k per year, so 200,000 years' wages amounts to £2.8bn, or (at today's rates) about $3.6bn. If you look at the IMF table of GDP for 2017, there are 190 nations, and this sum would equate to about 160 in the list. That's to say, the servant owed somewhere between the GDP of Burundi and that of Guyana.

Now let's consider the second debt, the amount that the second servant owed the first.

The danger is that we think this was small. We assume Jesus was telling a parable with caricatures - a ridiculously large debt is forgiven, and a ridiculously small debt is enforced. We're not helped by reading it in the King James Bible, which translates Matthew 18:28 thus:

But the same servant went out, and found one of his fellowservants, which owed him an hundred pence: and he laid hands on him, and took him by the throat, saying, Pay me that thou owest.

We know what an hundred pence is: It's one pound sterling. So the second servant was thrown into prison because he'd bought two pints of milk and not repaid his debt.

Not quite. The word "pence" there is a denarius. That's what it says: . The NIV footnote tells us that a denarius "was the usual daily wage of a day labourer".

So let's do some sums to work out today's equivalent. What follows is not a scholarly assessment of the value of a denarius. There's a whole field of study there, stimulated by the fact that the Roman emperors progressively devalued the metal used to make the coin. But let's assume the NIV footnote is roughly right: It was the coin used to pay someone at the end of the day for manual work. With the intention of hearing Jesus rightly, rather than of being mathematically precise, let's see where this gets us.

So the debt that the first servant insisted on was not £1, but more like £6000. To most people, that's a lot of money. You would think twice before saying, "It's OK, let's forget it".

Jesus' point is not that the ways we wrong each other are small, but that they are small in comparison to the debt God forgives us.

The things people do wrong to us are not trivial, and so are not easy to forget. To forgive can feel like letting go a debt of several grand. And that's just the ordinary things we do to wrong each other, that are so hard to write off and never bring up again. Some people have suffered serious abuse in their past that has scarred them for life. They can never forget it, and they're not sure they want to. Jesus is not saying that our wrongs to each other are trivial.

Indeed, that's his point: They're everything but trivial. They're hard to forgive. Our human nature is to act like that first servant, and demand that our fellow human beings make full payment.

So the only way we will be equipped to forgive others is if we grasp the relatively enormous debt that we owe to God. The problem is not that we are overestimating how serious other people's wrongs are, but that we underestimate our own sin. Only once we grasp how enormous our sin is, and therefore how jaw-dropping wonderful it is that God should wipe it all out, by paying that debt himself, will be equipped to forgive others the things they do to us.

When you were spiritually dead because of your sins and because you were not free from the power of your sinful self, God made you alive with Christ, and he forgave all our sins. He cancelled the debt, which listed all the rules we failed to follow. He took away that record with its rules and nailed it to the cross. (Colossians 2:13-14)

And forgive us our debts, as we also have forgiven our debtors. (Matthew 6:12)

And if we don't forgive others, then we're proving we haven't really grasped what we need God to do for us. If we want to live by the rule of "pay for what you've done", God will allow us to do just that:

This is how my heavenly Father will treat each of you unless you forgive your brother or sister from your heart. (Matthew 18:35)

END_OF_DOCUMENT_TOKEN_TO_BE_REPLACED

One book, at random…
Understanding the Church: Getting Your Congregation to Work (Paperback)
by:
David Jackman