Does Jesus contradict himself in giving differing guidance 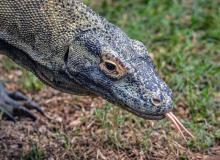 A few days ago, I posted the transcript and a link to the video of my presentation, explaining my reasons for leaving the Church of England, and for moving to join Trinity Church Scarborough as their Associate Minister.

That presentation was given on a Wednesday evening to our church family, having told them the Sunday before that I would be leaving. In that briefer leaving announcement, I said (pithily) that Jesus was my boss, and loyalty to him meant I had to move.

Someone, another ordained Church of England minister and a friend, picked up on this. He felt Jesus was telling him to continue to minister within the Church of England. I felt Jesus was telling me to leave. That begs an obvious and a good question: Is it possible for us both to be right. Or must one of us be mishearing Jesus' instructions? Is Jesus contradicting himself by telling one of us to leave and one of us to stay?

To address that, I'd like to observe how my reasons for leaving the Church of England fall within the overlap of the objective and the subjective. It would misrepresent my explanation of leaving to suggest that it's purely subjective. It would also misrepresent me to suggest my reasons are purely objective. There are aspects of both, and realising that is the key to unravelling my friend's confusion.

The problems I identified with the Church of England cannot be dismissed as purely subjective.

There are legitimate reasons (see below) why different people will make a different decision on whether to leave. But that does not mean that it is entirely a subjective matter, a matter of whether someone's conscience is particularly tender, a matter of how someone chooses to rank a set of mutually contradictory principles.

Please read or listen to the presentation if you haven't already done so. At least the following issues within it are objective, and all Anglican Evangelicals need to account for them in the decisions they take.

Nevertheless, whilst I'm reacting to genuine changes on the ground, there are some subjective factors in my decision to leave.

In particular, when I got ordained, I recognised that the Church of England's doctrinal integrity is fragile, and the point may come when I have to leave. In deciding to get ordained, I saw that I needed to set some clear boundaries at the outset. I anticipated that the situation on the ground would change gradually, so if I was left to decide whether I cannot stay now even though it was fine to do so 3 months earlier, I'd probably never leave.

The two classic illustrations of this are the boiling frog and the beard fallacy. Many have heard of the frog that can be boiled alive by placing it in a pan of cold water and slowly heating the water to boiling point. Because the water temperature increases only gradually, the frog never jumps out. I've no idea if that's an urban myth or if it actually works. The beard fallacy says that you can never determine exactly how many hairs must be on a man's chin before he has a beard. There is no amount of hair that is not a beard, but where adding one further hair would turn it into a beard. However that does not mean that there is no such thing as having a beard, or as not having a beard.

To avoid being trapped like the boiling frog, I prayerfully resolved that I would leave the Church of England if ever there were to be a change in liturgy that represented a change in doctrine away from orthodox Christianity.

That is subjective. The change of liturgy would be objective. But I made a silent commitment to the Lord Jesus before I got ordained that I would leave if that happened. Because of that, if that change occurred and I did not leave, I would be being disloyal to him. I would be breaking my word to him, which would be disobedient.

Please note that acknowledging the subjective component still does not make this entirely subjective.

When Person A's red line is crossed, Person B may not need to leave, because that was not their red line. However it may be that they do. It may be that the changes that triggered Person A's red line, as well as compelling Person A to leave (because that was the red line they had set) may also trigger Person B to leave (because something objective in that change means they need to leave, even though their subjective red line did not foresee this).

In other words, there are objective reasons why people cannot stay in a denomination with integrity. There are also subjective reasons why particular individuals cannot stay. You need to leave if either of those two occurs. You do need to leave if your personal red line has been crossed; you cannot hide behind the fact that it wasn't if something objective forces you to do the same.

I have two concerns as I articulate why the time has come for me to leave the Church of England.

On the one hand, I want to recognise that different ministers will reach different decisions on whether this is a time to leave, or a time to stay. I want to recognise that they may do so, both with integrity. I want to work hard to make charitable assumptions about other people's motives. We need to maintain fellowship, in a climate of trust, between evangelicals who make a different judgement call about this. The priority is to win a lost nation for the Lord Jesus Christ. In a missionary situation, we cannot afford to fragment and fall out with fellow evangelicals because of different wisdom-decisions taken. This is so, so important.

On the other hand, I want to say to brothers and sisters who take a different decision to me, that some of the issues to which I'm responding are objective. I would encourage them to consider, prayerfully, what response the Lord Jesus calls them to make to these objective changes on the ground. It may be that their different situations, or their different histories whereby they've not set themselves up to need to leave now, put them in a genuinely different position to me. It may be that they believe me to be mistaken, and whilst they wish to be charitable about my motives they don't agree with my decision in my own context. But it is important for them to make sure that their situation is genuinely different. I'm not for one moment insinuating that this is the case, but they should ensure that their response to these objective issues does not arise instead from expediency or inertia.

Let's make sure we acknowledge the subjective aspects of the decision I have reached. Then we will treat each other kindly, as genuine partners in the gospel.

Let's make sure we acknowledge the objective aspects of the decision I have reached. Then we will all be asking the costly and searching questions that need to be asked.

END_OF_DOCUMENT_TOKEN_TO_BE_REPLACED

One book, at random…
The Second Epistle to the Corinthians (The new international commentary on the New Testament) (Hardcover)
by:
Paul Barnett