How To: Free up space on low storage cheap Android phone

I've owned a number of Android phones over the years. Some have been relatively high-end, with good RAM and storage space for their day. Others have been budget models, that come with the bare minimum to get things done. They're slightly slow and laggy to use, you can't install everything on it, but they do the job.

There are all kinds of reasons why you might want a phone like this. The obvious one is budget. Not everyone wants, or can afford, a phone that makes £400 sound cheap when £40 can get you a smartphone that you can use day-to-day for calls and texts, some web browsing, and navigation with Google Maps. I keep a cheap phone to take out running with me. It maps my runs, gives me a way to call for help if I break my leg, stops me getting lost, but isn't a disaster if you drop it in the canal. (No, I haven't, in case you're wondering. Not yet). Or maybe your main phone is pricey, and you don't want to risk taking it abroad on holiday.

Two I've found good are the Vodafone Smart Mini 4 (launched in April 2014), and the Samsung Galaxy J1 (launched in February 2015, but with a much improved new version in December 2016). Amazingly, you can still get both. Especially the Smart Mini suffers from two problems - it was a budget handset in its day, and it's now 5 years old. So, yes, it looks and feels both cheap and dated - but, hey - it does its job.

Here's the snag. In theory, both these phones come with 4 GB of storage space (the relaunched J1 comes with 8GB).

Then you discover that Android itself uses up 2 GB of that. So you have slightly under 2 GB of storage to use.

You're careful not to install every app under the sun, and you don't keep your entire music library on there. But you still find you're running out of space.

What's using up all the space?

I found the culprit. Consistently, with 3 or 4 low-storage Android phones, the same culprit was using up the space.

On larger phones, it doesn't matter if Google Play Store uses up too much space. After all, there's plenty to play with.

But with smaller phones, it makes a bigger proportional dent. What's more, the Google Play Store app seems to use up more space on smaller handsets than it does no larger ones. It's as if a shortage of working space on the phone somehow prevents Play Store from cleaning up after itself, so that the storage used just keeps on increasing.

Here's how to look into this.

Step 1: Open up the app drawer ("all applications") in your launcher. You get something that looks like this: 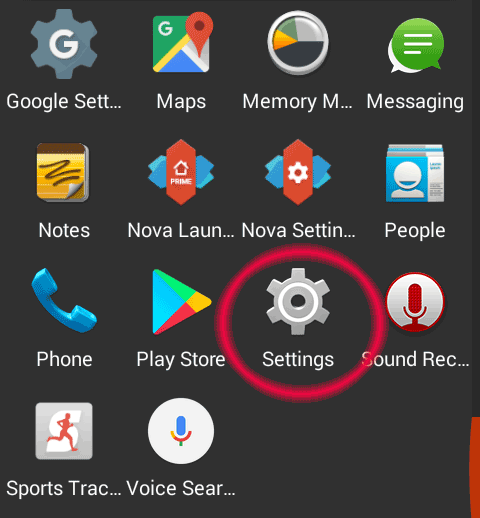 Open the phone's "Settings" screen (indicated above). You get this: 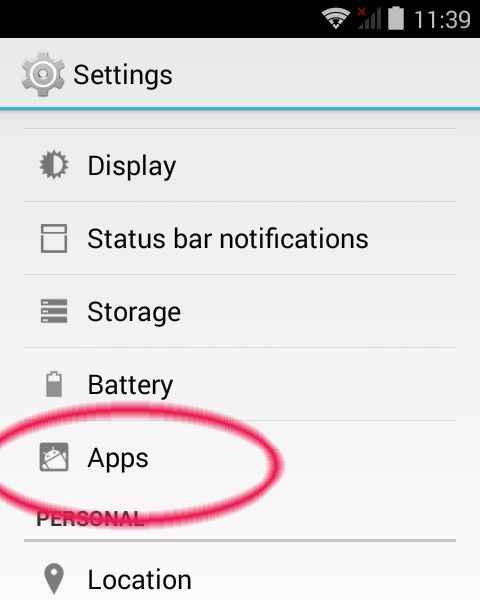 Open the list of all "Apps" installed on the phone (again, indicated above). And scroll down to find Google Play Store: 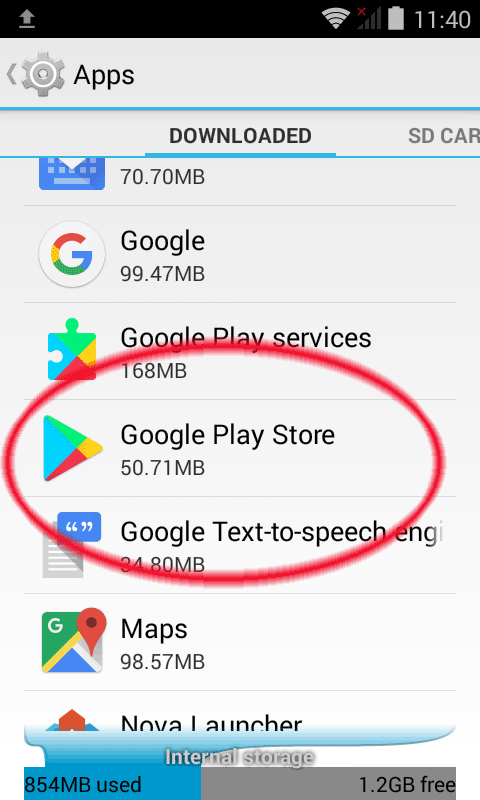 You can see my Play Store app is using 50.71 MB of space. It's not always that restrained. Tap on it, to get the Settings page that relates just to the Play Store app:

On a phone that has about 1900 MB of space to play with in total, that's some 23% of the phone's entire space.

Tap the "Clear Cache" button, and away you go.

If that happens, here's what to do: 1. Click the Force Stop button, then 2. Click the Clear Data button.

Clearing the cache doesn't have any side effects, but if you've also cleared data you'll have lost any settings you had in your Play Store app. Fortunately, there aren't many. Your phone stores your login credentials for your Google account somewhere else, so you'll still be logged in. But you may have to toggle some settings again (such as whether newly installed apps automatically have a homescreen shortcut created, or whether to require authorisation for all purchases on this device).

If you need to, clear that as well. Again there's a side effect. You'll still be logged into your Google account, don't worry, but if you were using Google's automatic backup feature that backs your device up to Google cloud storage, your phone will no longer know which account to use to store your backup. After clearing Play Storage, you'll get a notification that your phone is not being backed up: Just tap on that notification, and link the Backup feature to your Google account again.

I hope this helps you if you find you're running out of space on a low-storage Android device.

END_OF_DOCUMENT_TOKEN_TO_BE_REPLACED

One book, at random…
Message of Mark (The Bible Speaks Today) (Paperback)
by:
Donald English