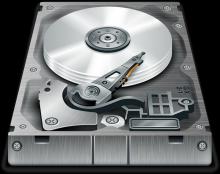 Control panels make a web server a sinch to use. If you sign up for shared web hosting, you'll be given a login for the control panel to manage just your account. Even if you run a whole server (virtual or dedicated) there are great advantages to using a control panel. Some control panels are free (like VirtualMin), and others you have to pay for (like cPanel).

One of those advantages is backups. A control panel will have a feature that lets you take a backup of your entire site, either on schedule or manually. If you're running a whole server, you can take a backup of each account on the server, and the configuration files you'd need to recreate the server on fresh hardware. This is vital. Hosting providers crash and go out of business; servers and hard drives crash and fail.

Sometimes, though, I want to run a really simple server. I don't want the memory overheads, or frankly the complexity of running a control panel. I just want to set it up to host two or three websites, and leave it to run.

I've recently posted a couple of posts about how to set up lighttpd as your web hosting daemon for doing just this. First came a post about the basic setup process, including setting up configuration files for each virtual host. Then I wrote another on how to enable SSL / https on this setup.

But just because you're running without a control panel, it doesn't mean you can afford to run without backups. Over the years, I've honed a couple of bash scripts I use to do precisely this for me, and I'm sharing them here in the hope they help others.

Unlike in a control panel, there is no automated restore process. You'd have to untar the backup file, and restore manually.

There are three scripts

The backup_server script needs to be told which accounts are to back up. This is done by creating a simple file at /etc/backup-account-list with a list of the account usernames, one per line.

The archive_system_files script needs to be told which system files to back up. This is done by creating a simple file at /backup/system/systemfiles.txt, each line of which contains either a full filename or a full directory name, to back up. I'll include a sample of this below to show how it might be used.

I'll now give each script in full, following each one with some notes to help you understand what it's doing, how to make any modifications, and what you need to understand in order to use it.

#!/bin/bash
# Change working directory, so that we can find the list of systemfiles
cd "`dirname $0`"

If you have any questions about how this works, please leave them in the comments below. I'll try to answer them, but make no promises.

If you have suggestions to improve this setup, please leave a comment. Doubtless there is much that could be improved; this is a system I've devised for my own needs, so won't be exactly what everyone needs, or be perfect for every system. This is posted to get you up and running quickly with backups, giving you a workable system from which you can adapt something that is what you need. All the same, improvements that apply to most uses and that don't vastly increase the complexity of the scripts will be gratefully worked into the scripts themselves for everyone's benefit.

END_OF_DOCUMENT_TOKEN_TO_BE_REPLACED

One book, at random…
Song of Solomon: An Introduction and Commentary (Tyndale Old Testament Commentary) (Paperback)
by:
G.Lloyd Carr