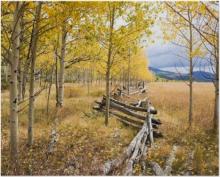 It is logically impossible to tolerate differences of opinion when it comes to the acceptable boundaries of tolerance.

Tomorrow, the General Synod of the Church of England will debate whether to take note of report GS2055, snappily titled "Marriage and Same Sex Relationships after the Shared Conversations".

It is the next step in a long process, as the Church of England has held structured conversations on human sexuality, which had the tautolagous title of "shared conversations".

I won't go over the ins and outs of the report - it's been done ad nauseam by many a blog.

I just want to make one point: the Church of England needs to choose.

The report is the result of trying to hold in tension two viewpoints. On the one hand, there are those who say that the Bible's teaching remains clear: marriage is for one man and one woman. On the other hand, others wish to see public same-sex partnerships as equally acceptable within the Church of England. All agree that homophobia and the like are unacceptable.

The debate has developed some important nuance of late. The danger of repeating the subtleties at every turn is that the specific point being made gets diluted. The danger of not doing so is that important qualifications and riders get lost. In that vein, I'd like to note the valuable voice of Living Out, a group seeking to help the church care pastorally for those who experience same-sex attraction whilst holding to a traditional biblical doctrine of marriage. I'm aware that, having listened to them, even using a phrase like "public same-sex partnerships", as I did for convenient shorthand, risks misunderstanding. To be sensitive to those for whom these are live issues, great care and precision is needed in the way we speak.

I'll stop there: assume the qualifications have all been made, and I'll make my point.

The report attempts to concede something to each view. Indeed, the whole shared conversations exercise was about trying to get adherents of each view point to understand "the other" so that they cease to be "other" but become an alternative we can learn to live with within the same church.

So the aim is to allow both viewpoints to flourish side by side, each tolerating the other.

The most recent exponent of this is Adrian Hilton, author of the Archbishop Cranmer blog. It seems the moniker is becoming more ironic. He wrote yesterday saying that this is not an issue over which the Church of England should split.

It's that appeal for harmony that I wish to respond to. It is decision time. Maybe not in tomorrow's debate; that is a take-note debate on one paper. But very soon we'll need to decide.

Why? Because the issue is the boundaries of tolerance. For the traditionalists, the issue is that the Church of England might treat same-sex marriage as something that some within it consider acceptable. What traditionalists think unacceptable is the idea that this issue can be relegated to something where we can agree to differ. To do that is to change the doctrine of marriage for everyone, and it deals a fatal blow to the authority of Scripture.

It is logically impossible to tolerate differences of opinion when it comes to the acceptable boundaries of tolerance.

You just cannot do it.

I'm aware that may make me sound intolerant. So be it. It's what the whole issue is about. As Gavin Ashenden said on Radio 4's Sunday programme, we don't tolerate everything. We don't tolerate drink driving or bad medicines. Tolerance is not a paramount virtue, so I don't feel bad for not treating it as such.

Which means both "sides" of this debate cannot come out of this with the outcome they're looking for. It's logically impossible. This is one circle that cannot be squared

Which means it's time to choose.

Which God will we serve? If it's Baal, follow him. If it's the God and Father of our Lord Jesus Christ, we follow him. What we cannot do is go on limping between two opinions.

I don't know what path the Church of England will choose. I don't know how long that will take to become clear.

I do know this. Whatever happens on the national or denominational scene, as for me and my household, we will serve the Lord.

END_OF_DOCUMENT_TOKEN_TO_BE_REPLACED

One book, at random…
Doctrine of the Knowledge of God (Theology of Lordship) (Hardcover)
by:
J M Frame